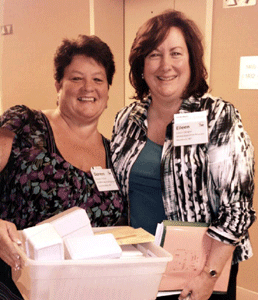 Ms. Dengler was then recruited by the International Swaps and Derivatives Association, which needed a professional to organize their 17 overseas and 8 domestic meetings. While with ISDA, Ms. Dengler created a conference timeline, budget system, and an RFP procedure for hotel chains to maximize ISDA’s buying power. She also streamlined office and conference procedures to cut expenses and staff overtime, as well as increase the marketing efforts and impact for ISDA conferences.

Ms. Dengler is past President of the New York Chapter for the Professional Convention Managers Association, and served on the Board of Directors for six years. She has also served as NY/PCMA Vice President and Treasurer. Ms. Dengler has been an active member of the International Association of Exhibition Managers and American Society of Association Executives for over 25 years.